Did you hear the story of the Johnstone twins? If not why not? I certainly recommend that you do and as luck would have it, it’s currently on a Spring tour in the UK stopping in Torquay in Devon at The Princess Theatre until  6th April.

You know a show is going to be good when it’s pretty much sold out on opening night, and it’s a Tuesday! Chatting to the various theatre goers of all ages I soon discovered that many had seen the show before, some (like my Mum and Dad) it was their first time seeing it and some were there studying it for school or drama. I myself have actually seen the show 3 times, the last time being on the West End 10 years ago when Spice Girl Mel C took on the role as Mrs Johnstone.

Blood Brothers is a tale of nature vs nurture and follows the lives of twin boys separated at birth by a deal struck between their struggling Mother who can’t afford to keep both boys and Mrs Lyons who wants desperately to have a child of her own. In a sorrowful tale of two worlds the boys still form a bond as their lives cross paths but also end on the same fateful road. Reflecting the life of Marilyn Monroe (the tile of one of the songs that runs through the show), the story develops from representing freedom and fun to a more sinister and troubled world that ultimately ends in tragedy.

It certainly stands the test of time,  originating in 1981 at a Liverpool comprehensive school, then staying for 24 years on the West End and now a popular musical around the world! The songs and soundtrack are incredible from the upbeat ‘A bright new day’ that ends Act 1, to the powerful ‘Shoes upon the table’ which is repeatedly sung by the narrator played by Robbie Scotcher who has the most amazing grit to his vocals and of course the tear jerker finale ‘Tell me it’s not true’ which many will recognise even if you haven’t seen the show before.  In fact I must mention Linzi Hateley’s vocals who plays Mrs Johnstone, her tone is beautiful and she has the perfect portrayal of both the character’s vulnerability and passion. A role which has seen such famous names as Stephanie Lawrence, Linda Nolan, Barbara Dickson, Kiki Dee, Petula Clark, Carole King, Mel C and Lyn Paul take to the stage, Linzi was certainly up there with those haunting melodies. And when those beautiful harmonies come in, I challenge you to not reach for a tissue!

Now the word ‘musical’ would have my boyfriend run a mile, yet Blood Brothers is regarded just as much as a play than a musical, the acting talent in it is simply incredible. Ok it’s not your foot tapping, sing along, happy clappy vibe of say Grease or Mamma Mia but although it is a tale of a sad fate you will still be laughing out loud. The same cast play the same characters from age 7 to mid twenties and they’ll leave you smiling with nostalgia and giggling along like a school child, particularly in Act one when they perform ‘Kids Game’.

Alexander Patmore debuts as the witty Mickey Johnstone after a stint playing another Liverpudlian, Bobby Willis in Cilla The Musical UK Tour. Joel Benedict reprises his role as Eddie Lyons after touring with the show in 2016-2017, he returns alongside Paula Tappenden as Mrs Lyons who has re-joined the cast after playing the same character for many years in the West End, even the cast can’t get enough of this show! 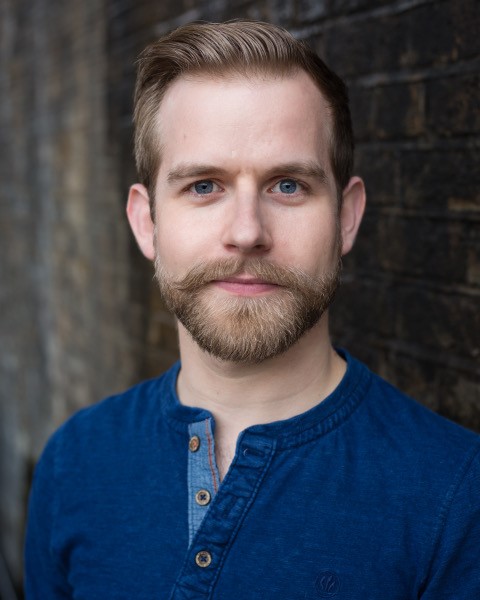 It doesn’t need the over the top, dramatic scene changes or bedazzling outfits. As producer Bill Kenwright said ‘it doesn’t have crashing chandeliers, it doesn’t have a helicopter, it doesn’t have a chorus line and the only answer I can give to the question of why it is such a phenomenal success is – Willy Russell’. That certainly supports the Sunday Times’ review naming it ‘one of the best musicals ever written’ and winning four awards for ‘Best Musical’ around the world.

And now I’m telling you – It is true!