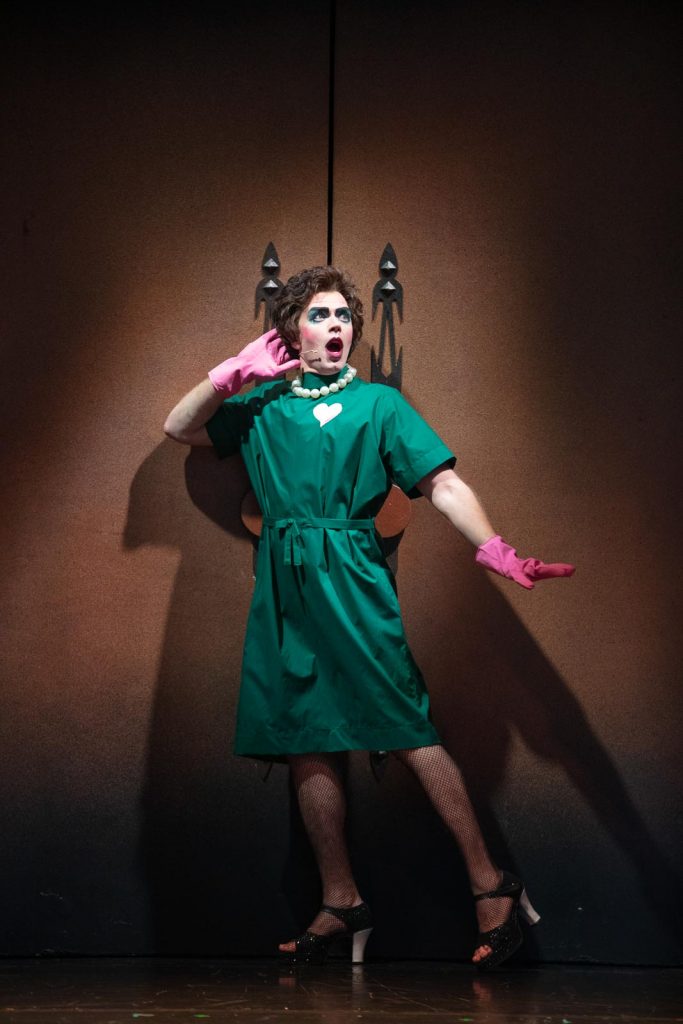 Created by Richard O’Brien in 1973 it went from a 63 seat theatre to the 500 seat Kings Road theatre in the space of 5 months and has been performed pretty much non stop world wide ever since. Following the prudish couple Brad (asshole) and Janet (slut) – you’ll understand the brackets when you watch it – as a flat tyre on their car leads them through the gates of transvestite scientist Frank n Furter and his band of merry mad hatters. including the wonderfully wacky Columbia played by local Devon girl Miracle Chance with all the energy and pazazz some only find at the bottom of a can of red bull, I could literally see the sparks of electricity in her every move from the tips of her fingers to her tap shoes. Kristian Lavercombe reprised his role as the mysterious Riff Raff along with his sassy sidekick Laura Harrison as Magenta. Callum Evans’ portrayal of Frank’s newest creation Rocky was added to by his ability to back flip, front flip, side flip and oh yes his abs! My friend Katie nudged me mid performance and said she thought she had seen him at her gym, I’m not surprised this guy is ripped beyond belief and as well as his acting ability he also provides the eye candy for the show in nothing but leopard print speedos, well leopard print is in this spring and I’m not one to stand in the way of fashion! I must give recognition to the narrator played by Philip Franks his witty banter was perfection and his responses to the audience were so slick and nonchalant that whether rehearsed or not felt like I was watching my friends throw mocking insults at each other over a weekend brunch. 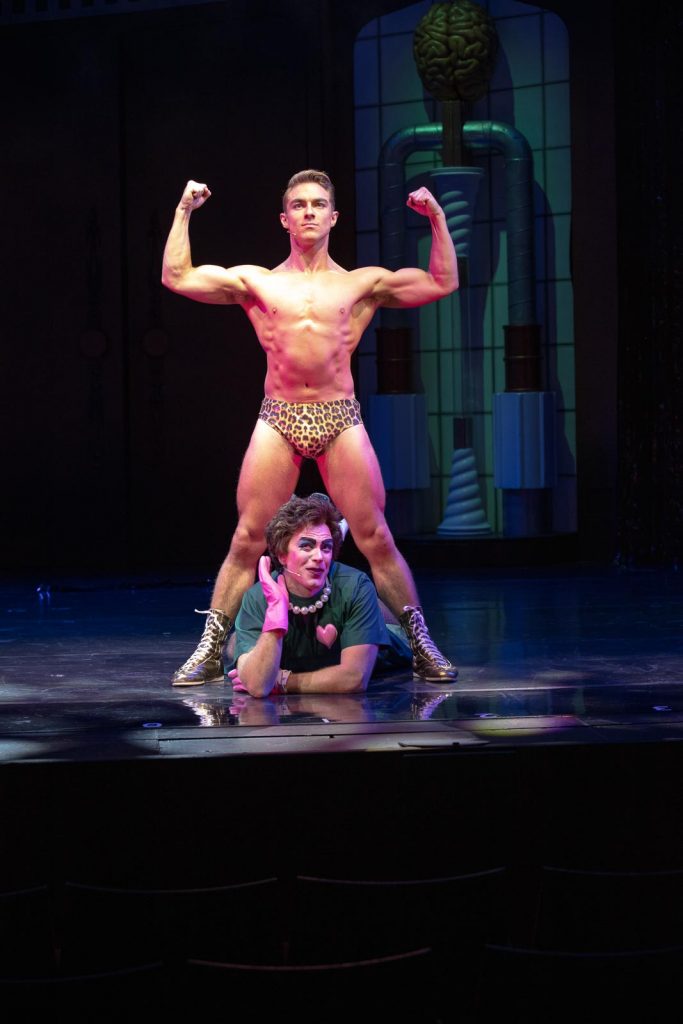 Callum Evans as Rocky in all his wonderful leopard print glory! 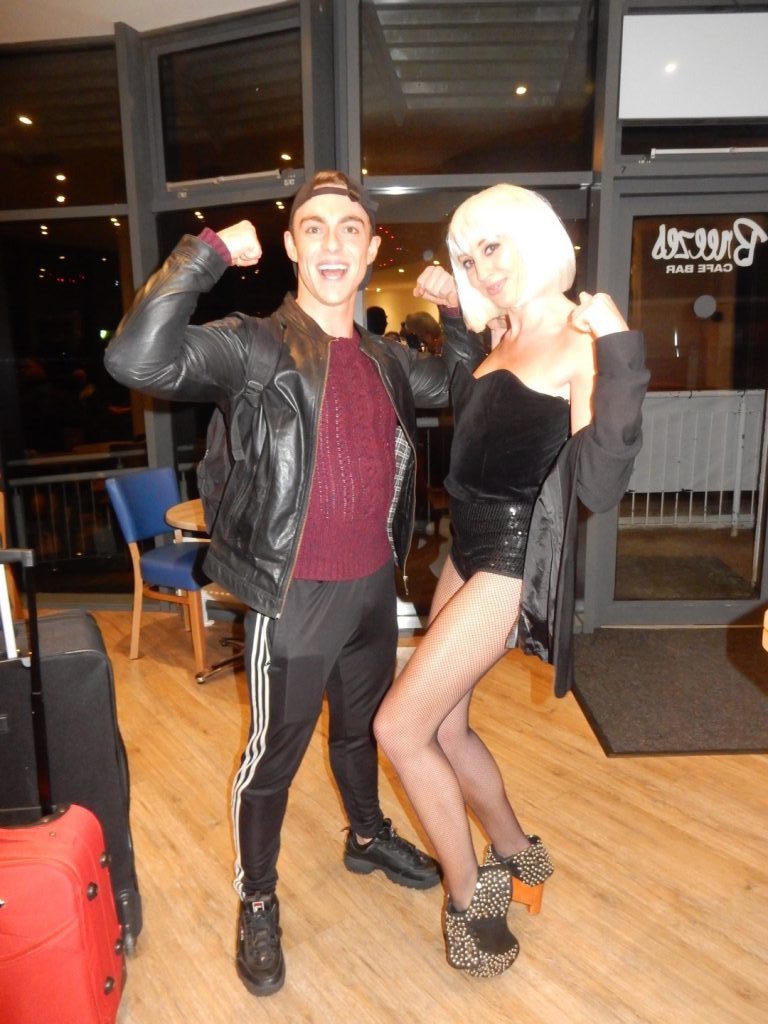 Me and Callum not in his pants! 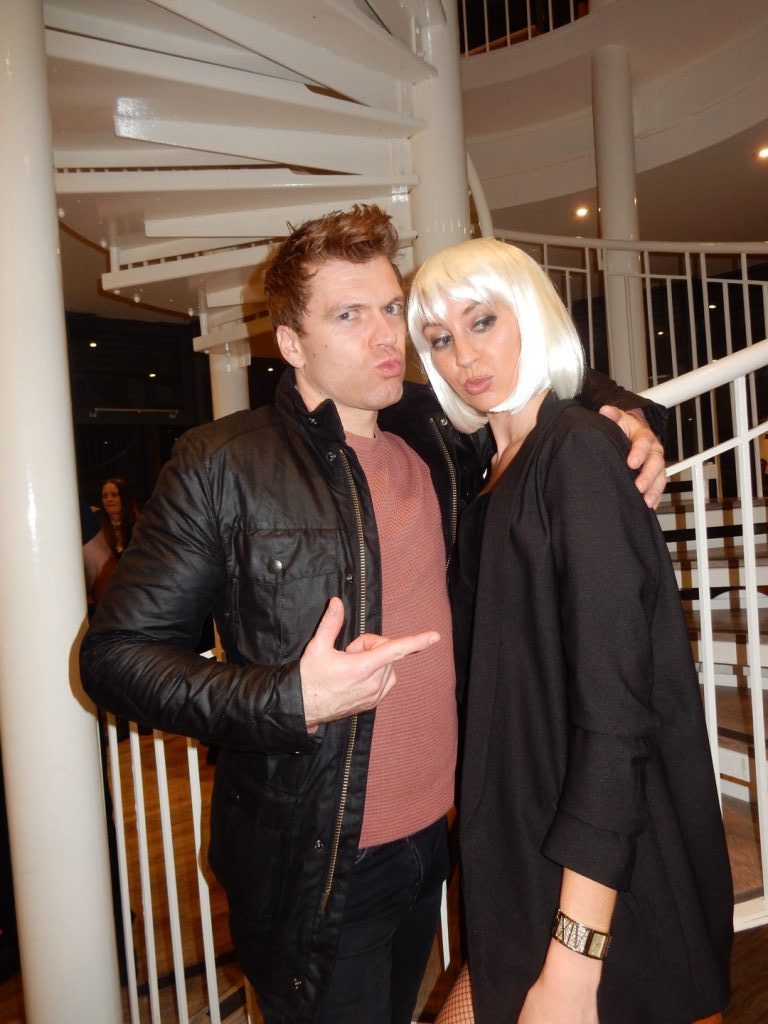 Me and Stephen Webb who plays Frank

If you love your musicals with a peppering of celebrity stardust then you won’t be disappointed as 90s boyband A1s Ben Adams (the cute one, my 90s gals will know) plays Brad and Strictly stunner and not to mention 2015 Christmas special winner Joanne Clifton taking on the role as Janet. West End star Stephen Webb nails (lol) Frank n Furter who has the cocksure sexuality of Samantha in Sex and the City and is a joy to watch, he makes you want to be bffs with Frank (but maybe not friends with benefits though!) 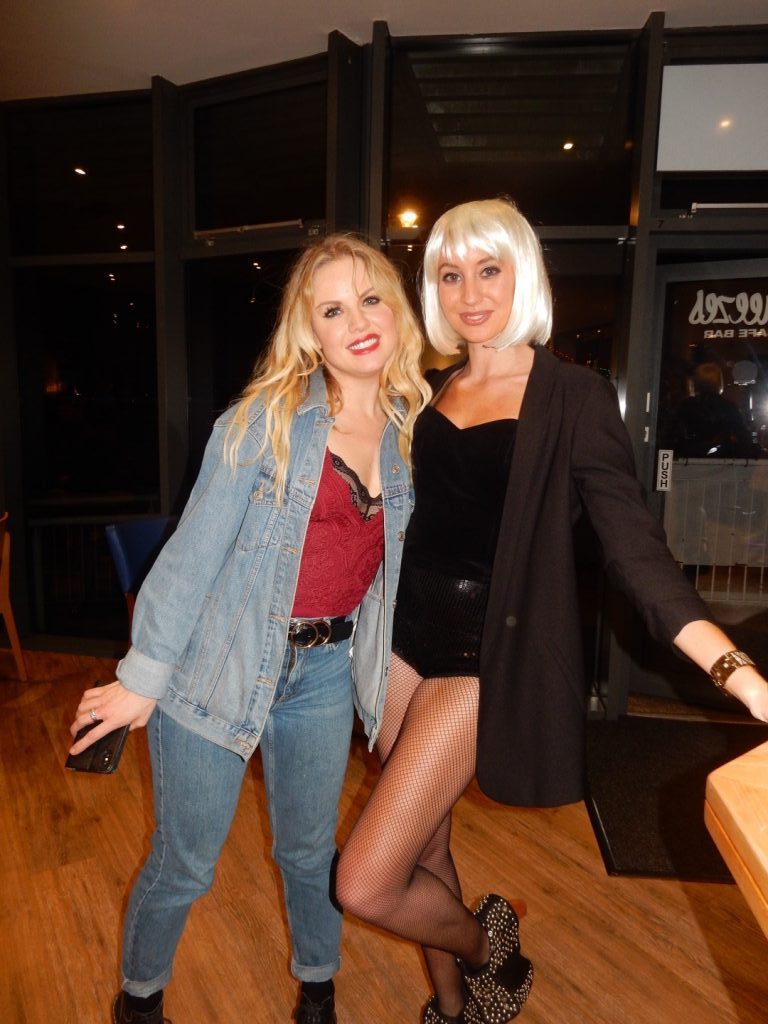 Me and Joanne who plays Janet

Despite the all star cast, OTT characters and completely bonkers storyline the real fun of the show is how it takes audience participation to the next level and not like in the cringey panto ‘he’s behind you’ way but in a sassy adult banter way, like you take the Micky out of your friends at the pub over a bottle of Prosecco on a Friday night. There are always some super fans in the audience, who’ll you’ll probably be best friends with by the end of the show,  so you won’t feel on your own, in fact you should treat it as if you’re actually on stage in the play and these are your lines…

After Janet says – ‘The owner of that phone might be a beautiful woman’ – you respond ‘HE IS!’ 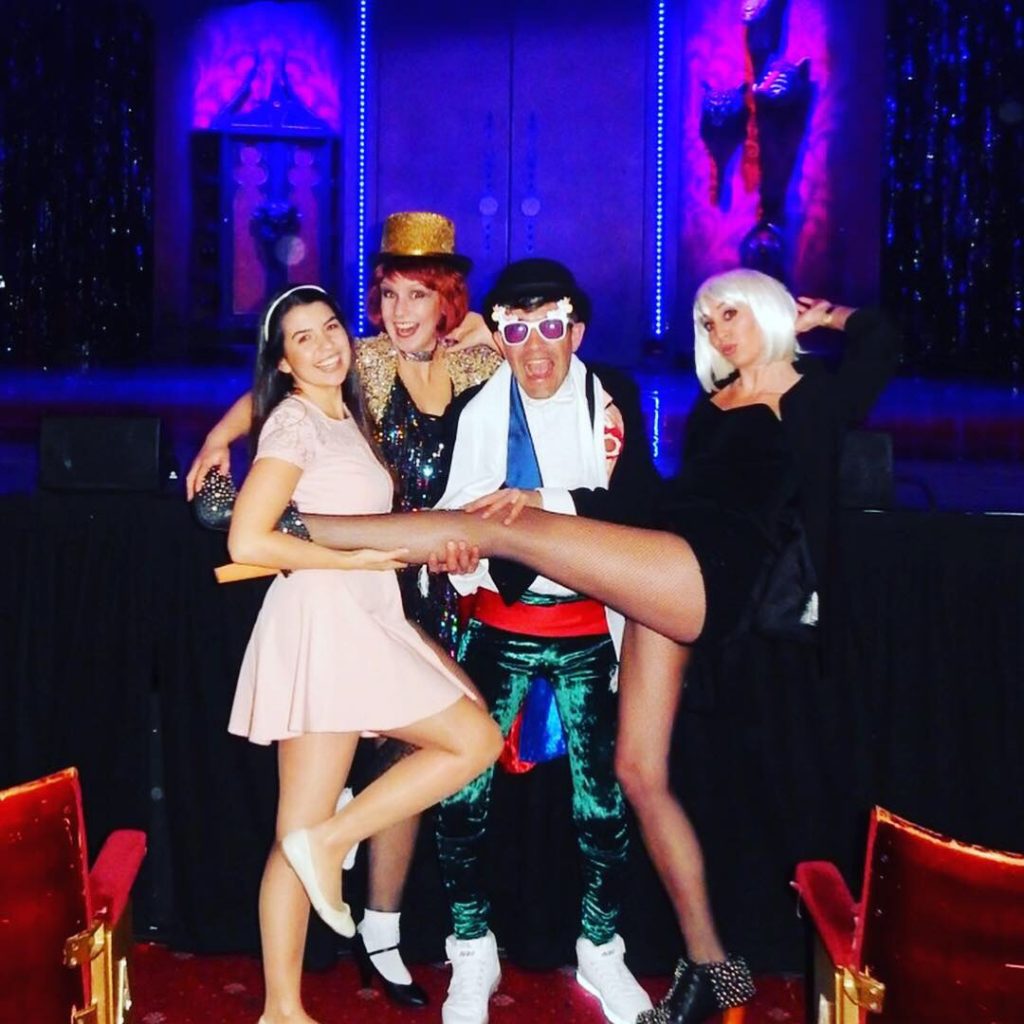 We only knew these people for about 30 seconds before we decided it was appropriate to have a photo shoot together! 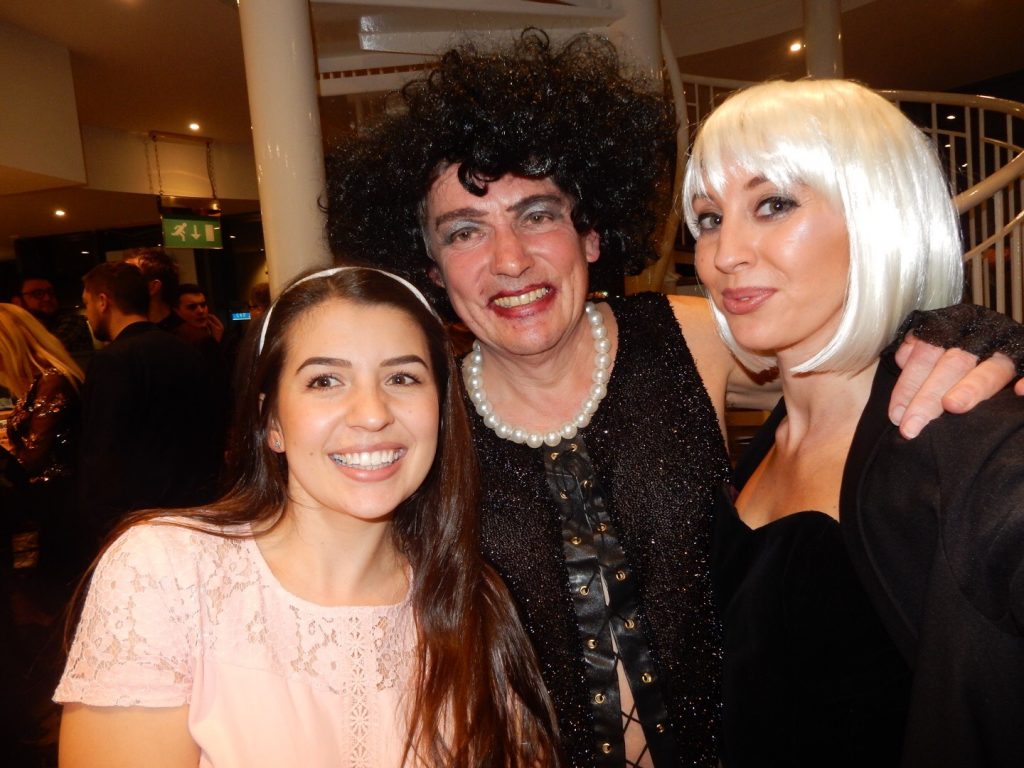 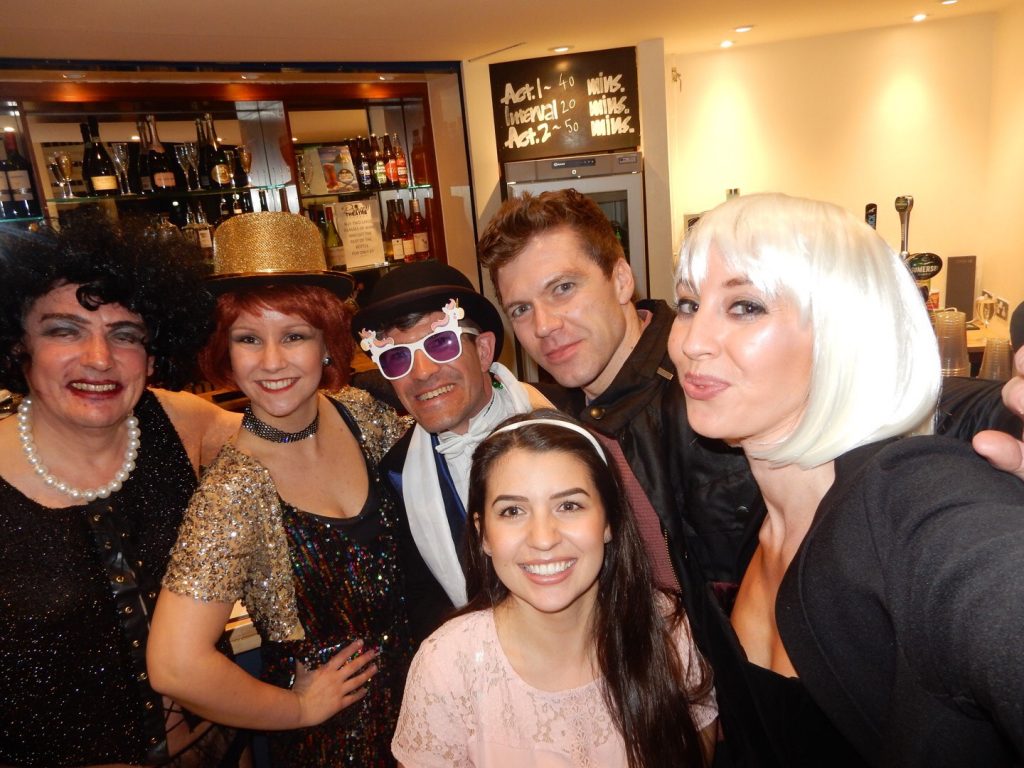 Now that you’ve learnt your lines, it’s time to plan your costume – You better rout through your fancy dress collection from the last 20 years as you might as well dress up, not only because if you don’t you’ll be one of only about 5 people not to and you WILL feel uncomfortable in your plain jeans and you WILL be stared out like you’re insane for not showing a bit of leg. Outfit ideas other than going as your fav character, include a corset, some form of underwear, anything with sequins, platform heels, an eccentric wig and if all else fails just grab a pair of suspenders or fishnet tights and you’re good to go! Do not be alarmed if like myself the pair of fishnet tights you find in the fancy dress box have a massive hole in the leg, it simply adds to the look! 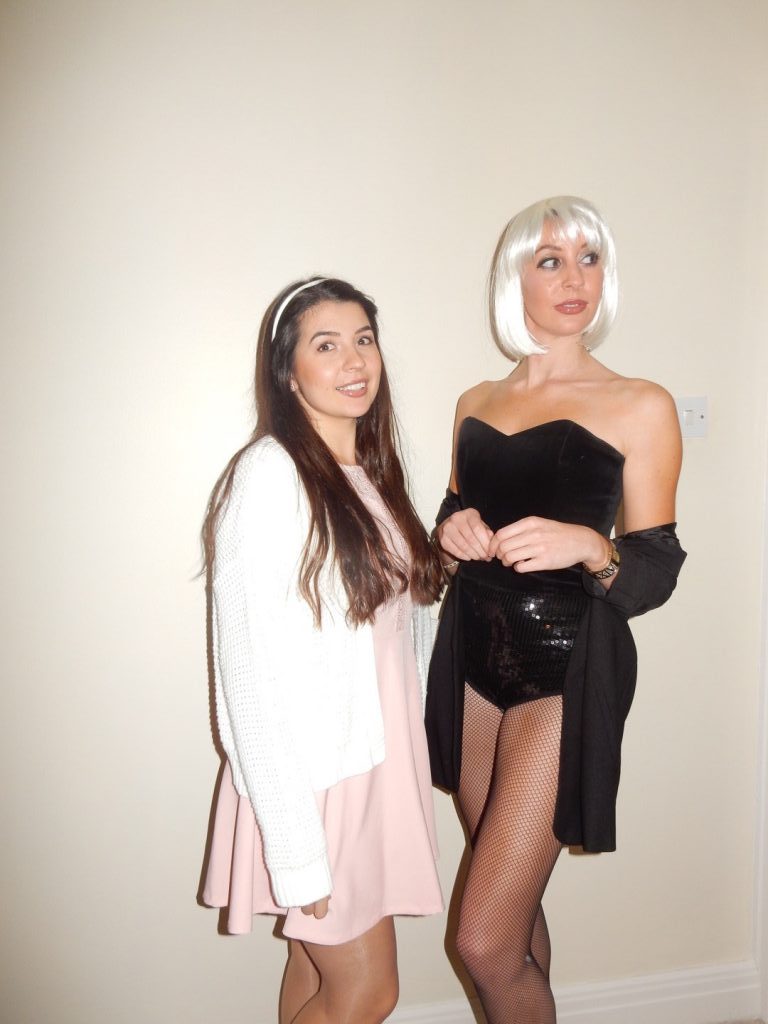 Now for props and accessories which along with remembering your lines and organising your costume you are also responsible for providing, so here’s your checklist

Playing cards – to be thrown in the air (not the stage!) during the line ‘cards for sorrow, cards for pain’

In a day and age where millennials who were brought up watching The Simpsons somehow seem to be offended by everything but at the same time we are braking cultural barriers left right and centre, some still claim the show is rude and childish yet others think it was ahead of its years in helping the movement of acceptance for all. Let’s let the writer of the show be the judge of his creation, he has simply stated time and time again that it’s just ‘a bit of fun!’ Just what the doctor ordered in this current world we live in.

If you haven’t seen it then I highly recommend that you make it top of your plans this week in Torquay and if you have seen it I hope this reminded you how much you love it and you simply must go again! The show will be on all week in Torquay before continuing the UK tour and with matinee and evening shows at the weekend there’s no excuses for not finding a space in your diary!

Get your tickets here! 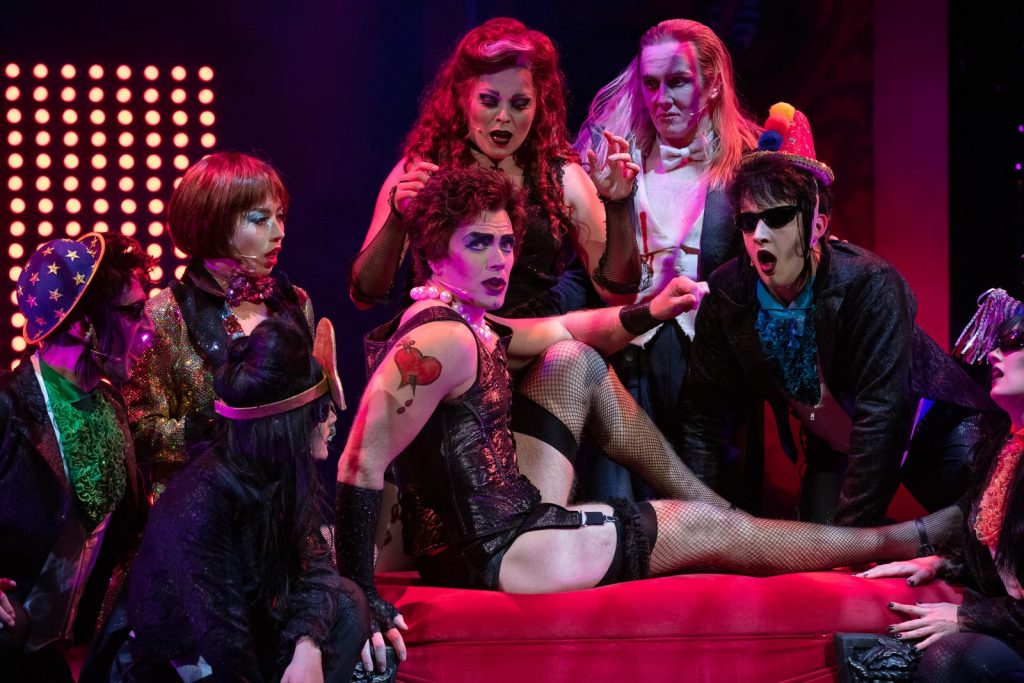